Weekly Wrap-up ~ Counting Down the Days

We are in our last two weeks of the 2015-2016 school year, and it has been a great one! Really, I don't think I can think of one thing I would have changed about this school year. That makes planning for the next one super simple because we will just continue doing what we are doing. We will shift our literature, history, and science focus to our new topics and move up a level in math. Otherwise, we will stay the course which is very exciting and a huge relief!

Since we completed our WWII curriculum from the World War II for Kids book a couple of weeks ago, we are just concentrating on wrapping up a few things.

We finished The Diary of a Young Girl by Anne M. Frank and the kids were faced with the realization that Anne and the majority of her family and others hiding with them did not, in fact, make it through the holocaust alive. It was actually devastating for them to learn. Brynne, in particular, had become very close to Anne, and it took her a couple of days to deal with the news. I am not sure she has completely.

Anne Frank inspired Brynne to be a writer. She has been working on a novel called "The Life of Grace" for the past month or so. She told me this week that she has decided to set the era during the civil rights movement and have Grace's best friend be an African-American girl. I cannot wait to see where this story takes her. She has even told me that she needs to do some research to make sure she gets it right.

Do not ever underestimate your investment in educating your children. When it clicks, it clicks big.

We also focused somewhat on the Tuskegee Airmen of WWII because the National WWII Museum in New Orleans has completed a project of restoring a P51 Mustang flown by this group of African-American airmen and moved it to the museum this week with a dedication service along with two living Tuskegee Airmen. On Thursday we participated in a webinar with these two men. It was astonishing to hear about their contributions to the end of segregation in the military. This next week we plan to watch the documentary "Double Victory" by George Lucas and the movie "Red Tails". 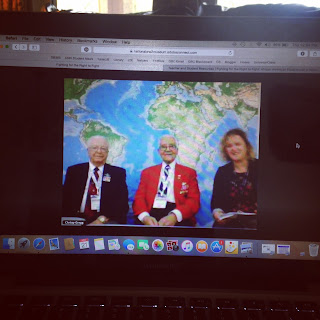 At our enrichment class we made shrinky dinks of WWII naval instruments of war and WWII planes (including the P51 Mustang). Next week we will be preparing May Day baskets that we will deliver to the residents at the local nursery home early on the morning of May 1st. The kids have participated in a penny war to raise the money for that project. They plan to donate the remainder of the money to the Gary Sinise Foundation: Serving Honor and Need. He recently took a group of WWII veterans to the museum in New Orleans and the foundation's mission is to "serve our nation by honoring our defenders, veterans, first responders, their families, and those in need." 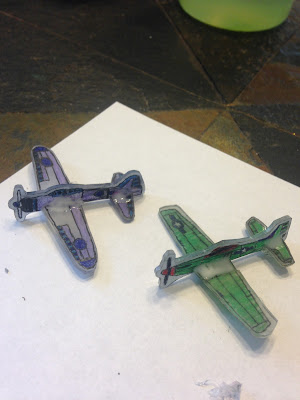 We were back into a regular routine this week completing daily lessons in spelling, grammar, math, watching CNN Student News (hi Carl!), and getting in some reading time out of our personal books. Brynne continues to read out of the Warrior Cats series and Eli has moved onto Gregor the Overlander by Suzanne Collins. 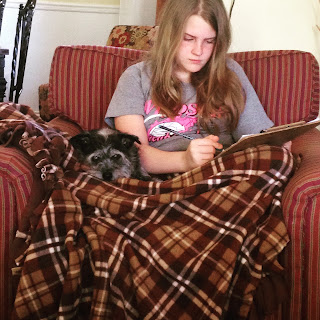 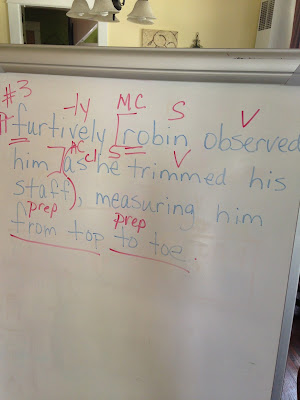 We only have one more week before we are on our scheduled May break.

When I was telling Brynne that at the end of next week we would be a few hours shy of our 1,000 required hours, but that I wasn't worried about it because I always include their state bowling tournament hours that we will earn in May, she said, "I think we should be able to count all hours because our life is learning."

Ahhhh .... this homeschooling thing is worth it!