By Nicole January 30, 2011
This was another abnormal week. Brynne woke up on Monday morning with a cold, so we did a lot of school that morning just sitting on the couch. 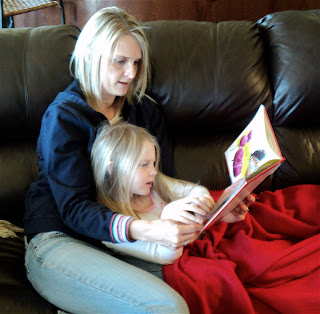 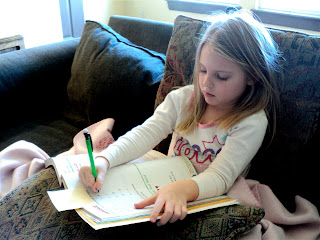 By noon I realized she was running a fever, so school was over for the day for her. On Tuesday she had a cough, yucky nose, headache and fever all day. There was no school that day at all, for her. Although she woke up Wednesday morning fever free and almost miraculously healed, things ran pretty slow for her on that day. Thursday and Friday we had a lot to catch up on, so we kicked it into high gear and got as much done as we could.

Here's all we did get accomplished this week.


Brynne ~ 1st Grade
She did some awesome things this week, and I hope I can get them all documented here.

In reading we have moved onto grammar and we started this week with nouns. It amazes me how she immediately picked up on it! She can easily classify if it's a person, place or thing. On one of her noun worksheets she was asked to pick one of the nouns she identified, draw a picture of it and write the word under it. She picked "tree" and kept telling me not to watch. When she was done she had drawn and colored a tree with apples and under it wrote "In apple tree." I hope she continues to be self-motivated and do more than she's asked. 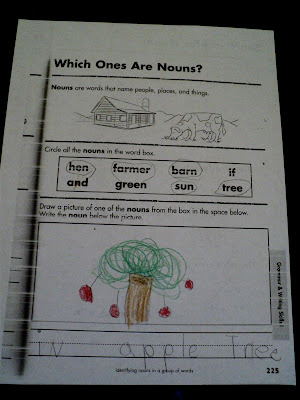 History  took somewhat of a backseat this week, although we did work on weaving a rebozo (a shawl or scarf worn on the head) with paper. Weaving is kind of a difficult thing for the little fingers of a 5 year old, but I wanted her to take the time to try some fine motor skill work. 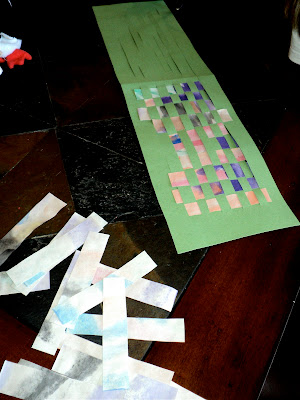 Most of our work came as a result of our For the Birds focus book Edward the Emu.

We made a map of Edward's travels through the zoo and the dates he was in each habitat, plotting his travels on a calendar. 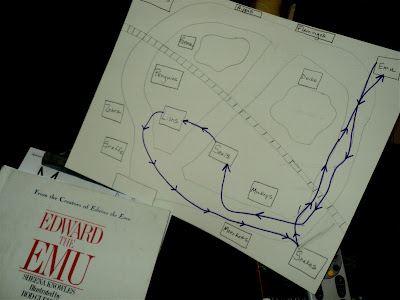 We made playdough snakes and measured them with a ruler. 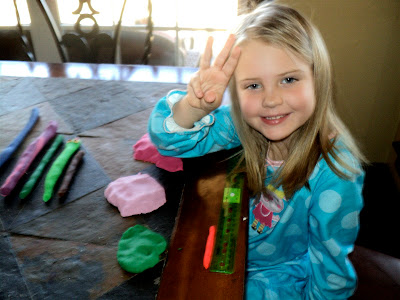 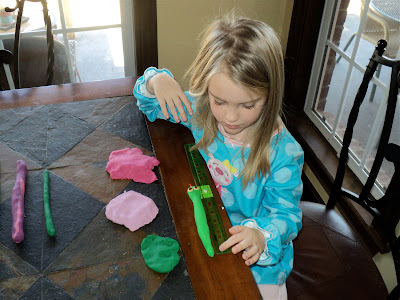 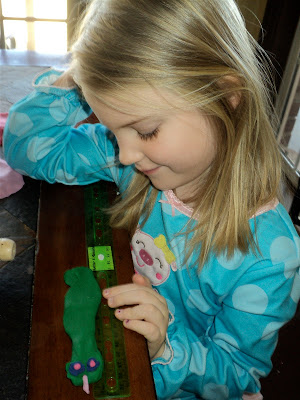 We talked about time and practiced putting hands on clocks in a wipeable flip book. 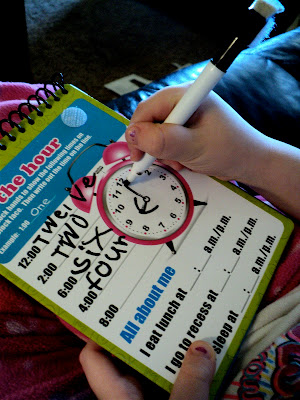 We learned all about emus here and even got to see the process of an egg hatching. Brynne colored a coloring page of an emu and drew one of it's eggs on it.

And, she made a paper plate emu. She loves to play with it, bouncing his head along. 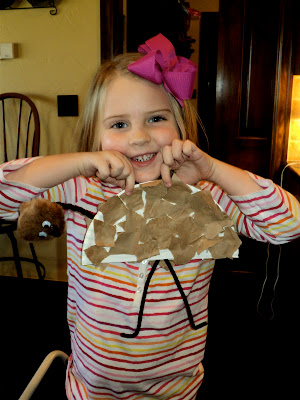 With Valentine's Day coming up we are also reading some books and doing activities associated with them: 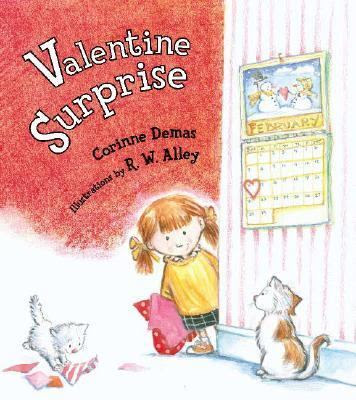 It's only a week until Valentine's Day, and Lily wants to make theperfectheart-shaped valentine for Mommy. But every time she cuts out a heart, it's either too pointy, too round, or too skinny. As the days go by, Lily tries again and again, and when Valentine's Day finally arrives, she has a heart for each day of the week! Which one will be the perfect valentine surprise for Mommy? Young readers will enjoy this sweet, simple story that introduces the days of the week, as well as the special tradition of creating handmade valentines.
When I opened up the book to read it to her she said, "Let me read it." And, she did. Then we made "perfect hearts" by learning about symmetry. We folded construction paper in half and cut out one-half of a heart at the crease. Then both sides were symmetrical. Then we painted one side of the heart and pressed the sides together to make each side identical. They were perfect! 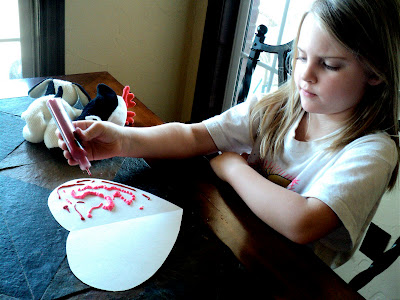 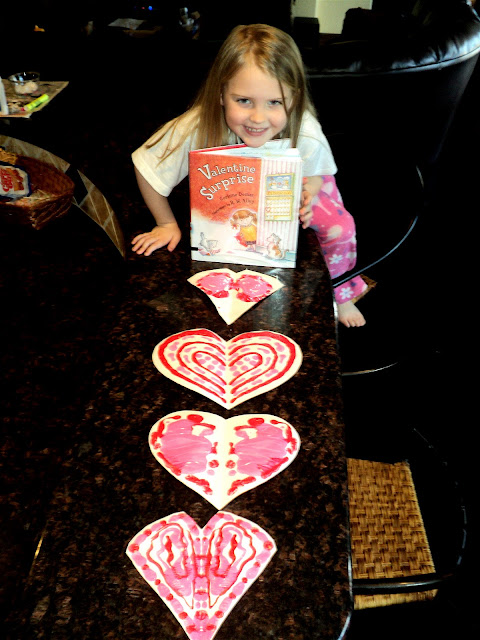 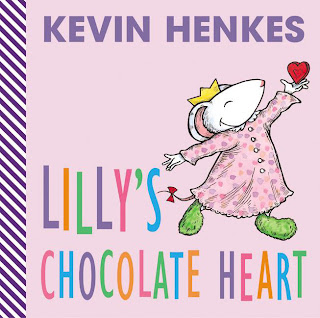 As part of Brynne's Valentine cards we wanted to include suckers, so we made chocolate heart suckers. 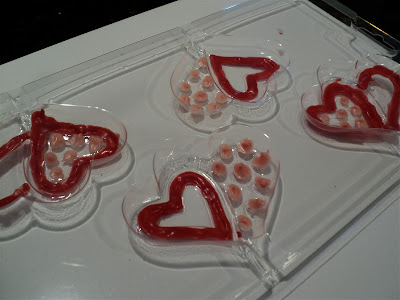 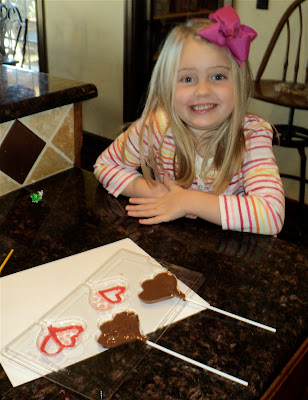 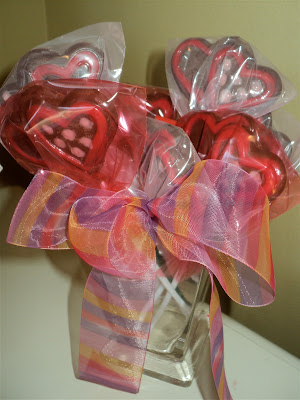 Dawson ~ 8th Grade
Dawson wrapped up his unit on Ancient Rome and Minerals and Rocks. The last week of each unit in our curriculum is always a little uneventful, because it has the students preparing for a "presentation" day, that we don't do since it's just Dawson. We finished The Bronze Bow and he did some writing assignments. But most of the work he did this week was independent work. He almost finished his mosaic. I was so impressed with him in how he did his work with very little prompting and did it well.

For a final on our science unit I am going to have him make a study guide from his notes. He told me that he has a hard time studying from his own notes, which tells me that he needs some guidance in how to take notes and then how read them for a test. These are skills he will definitely need to know in college. So, instead of actually taking a final on our science unit, I'm going to have him prepare for a final.

It was necessary for him to do the majority of his work without supervision this week because Brynne was sick and needed my attention. He voluntarily spent some time taking care of Brynne while she was sick, giving her lots of attention. She loved that, and so did I! He is such a caring young man!

Completely unrelated to school, Dawson became Xbox Live friends with the son of one of my fellow homeschooling bloggy moms. They really hit it off, and with the marvels of technology they are even able to talk to each other while they play their game. It's a little virtual homeschool coop of sorts.

I didn't take one picture of Dawson this week doing any of his work. But, we bought several new board games last night (because my two little kiddos are obsessed with the game show Family Game Night on The Hub.) Here is a picture of Dawson and his best friend playing Guess Who?  this morning ... the cute little animal pet version. Silly boys. I love this age. 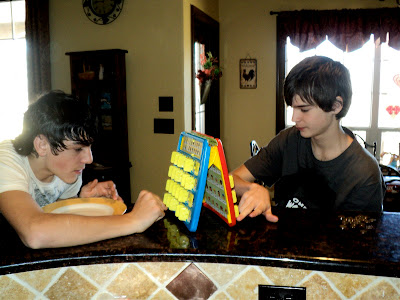 We are linking up to Weird, Unsocialized Homeschoolers. If you need some inspiration and great ideas, go see what the other homeschools are doing!