We did not have as much time to work on our Polar Animals unit this week because I was out of town on Monday and Tuesday was a catch-up and educational computer game day (while mommy played catch-up). There were no projects or activities involved, but we did do lots of reading and had a great flow to what we learned.

We started by reading facts about Norway, coloring our flag of Norway, and doing a Norway word search. The word search was a huge hit and helped us to learn some words we did not already know, like fjord. 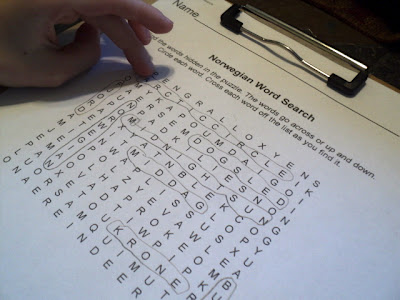 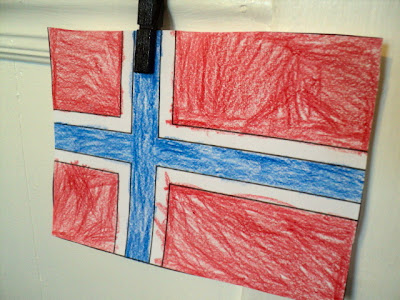 We actually backtracked a bit by reading a great book about Snowy Owls (that came in at the library yesterday, even though our unit on Snowy Owls concluded last week). It was called Owls: Owl Magic for Kids by Neal Niemuth. The focus of our reading, however, was on how Snowy Owls find their food.

Then we went on to read Under the Snow by Melissa Stewart and illustrated by Constance R. Bergum. This book had wonderful illustrations of where lots of different animals live during the frigid and snowy months. (Some of those animals are food for others.) 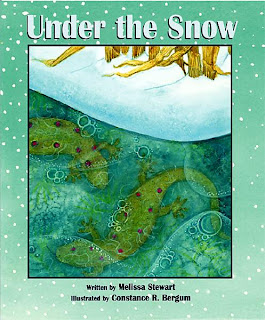 After reading facts about the Arctic Fox, we read Ice Bear and Little Fox by Jonathan London which is a fictional picture book about an Arctic Fox following a Polar Bear to feast on the leftovers of the carcasses of the animals he kills.

We talked about how Arctic Foxes eat lemmings and voles, but in the winter they are burrowed under the snow (as shown us in Under the Snow) so there is less to eat. We found a great video called "Deadly Hearing" where some scientists buried a speaker under the snow that gave out the sound of a lemming squeaking. The fox used his HEARING not his sense of SMELL to locate the speaker. Then he dug fast and furious to get to the sound. The sweet scientist did bury some meat a small distance away as a reward. Although we didn't get a lot accomplished, you need to head over to my friends at The Usual Mayhem, No Doubt Learning, Montessori Tidbits, and Childhood Beckons to see what they did. I have stopped by already and there were some fun things going on!