This past Saturday my mom and I took the kids to Mansfield, Missouri, to Rocky Ridge Farm and the Laura Ingalls Wilder Museum to celebrate Wilder Days. Brynne wore her new prairie dress and bonnet and Eli wore a straw hat. (I couldn't talk him into wearing overalls.) 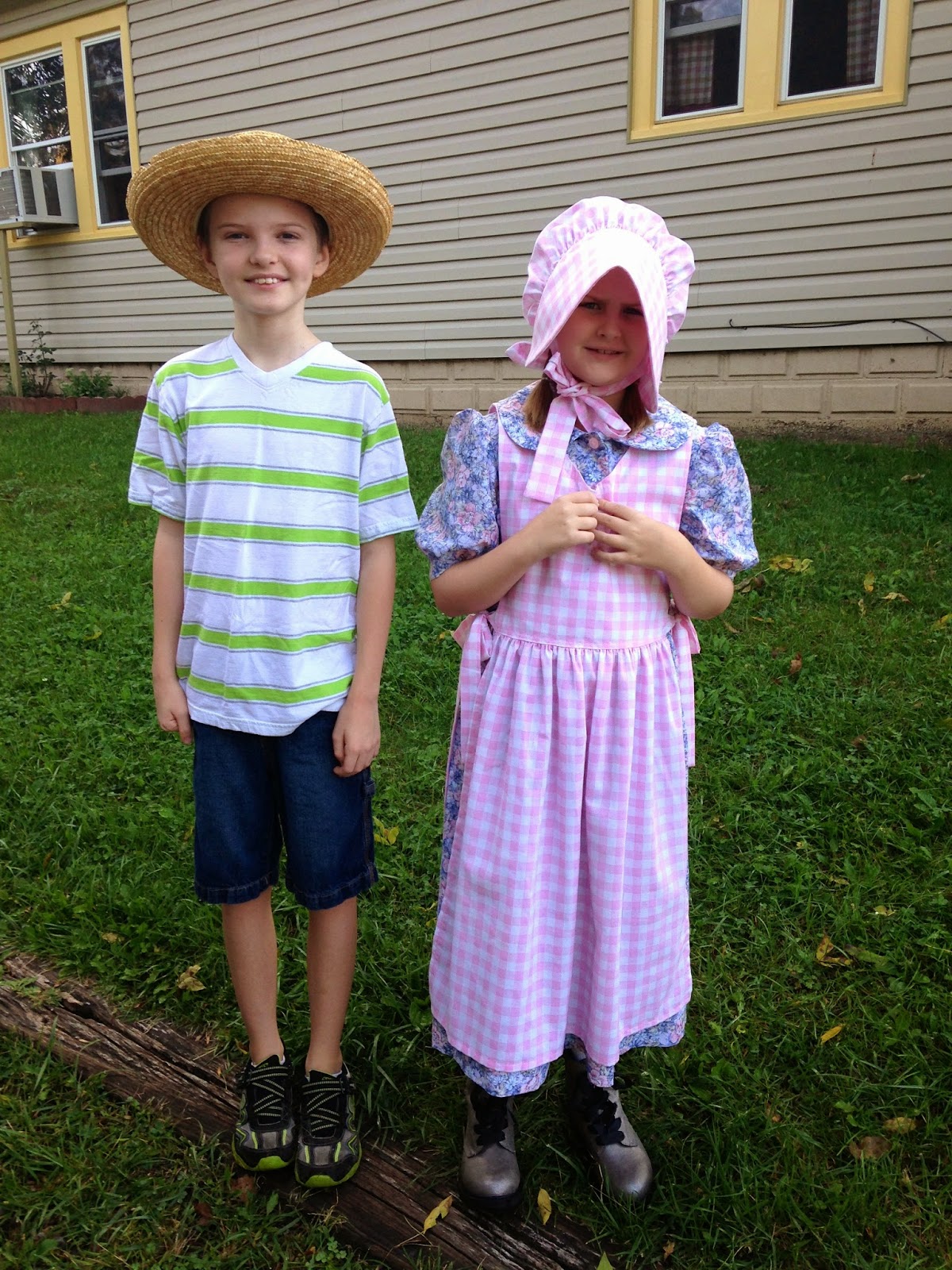 We got to go through the museum and tour the home where Almanzo, Laura, and Rose lived when Rose was a baby until Almanzo and Laura's deaths. This home was where Laura wrote the Little House books. 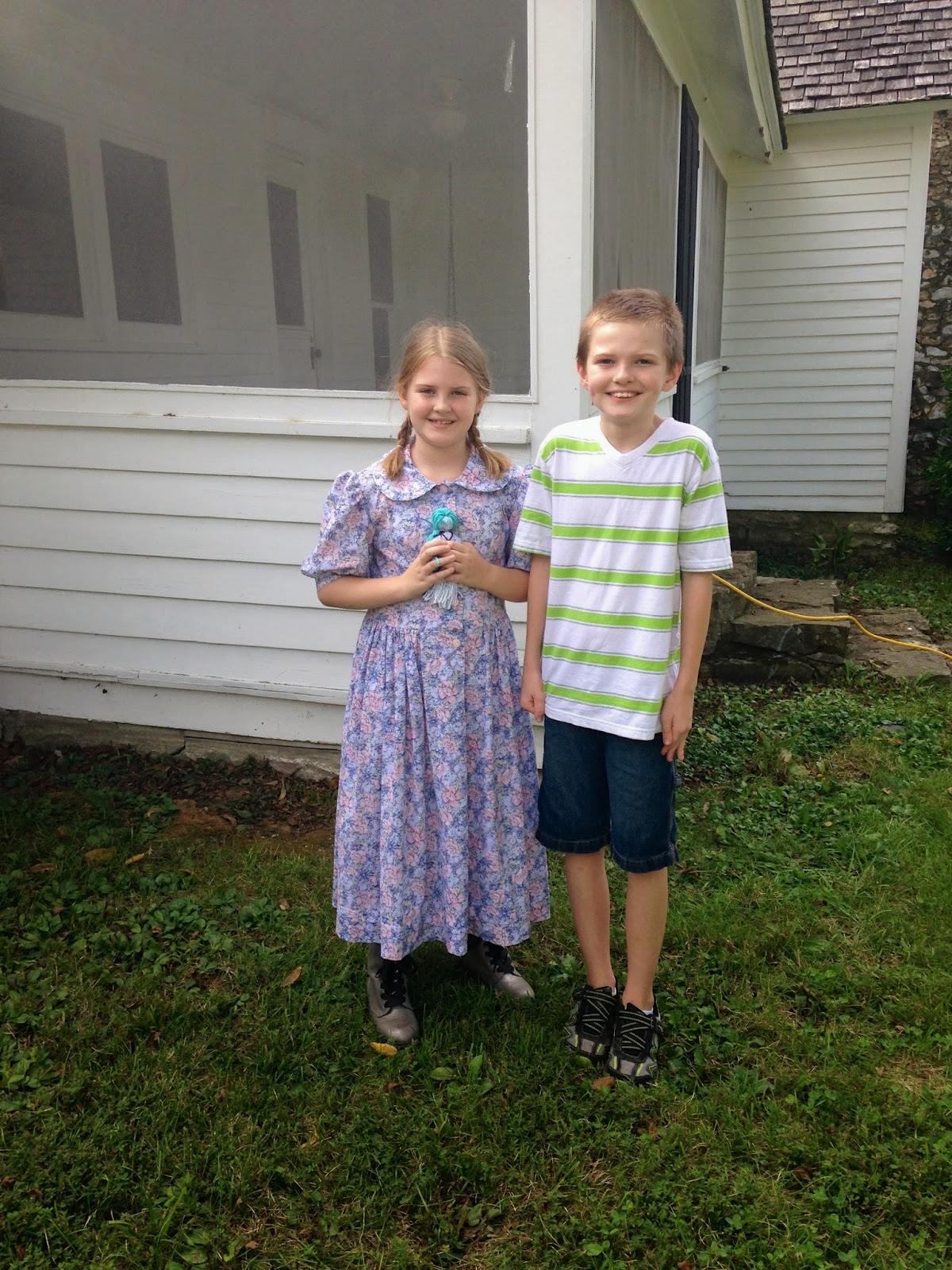 I was so surprised at how interested Brynne was in all of the facts surrounding Laura Ingalls Wilder. She read every single thing in the museum that she could and just soaked it all in. She was truly in awe. We learned a lot of things about Rose Wilder Lane, also, that we did not know. She was a fascinating woman! 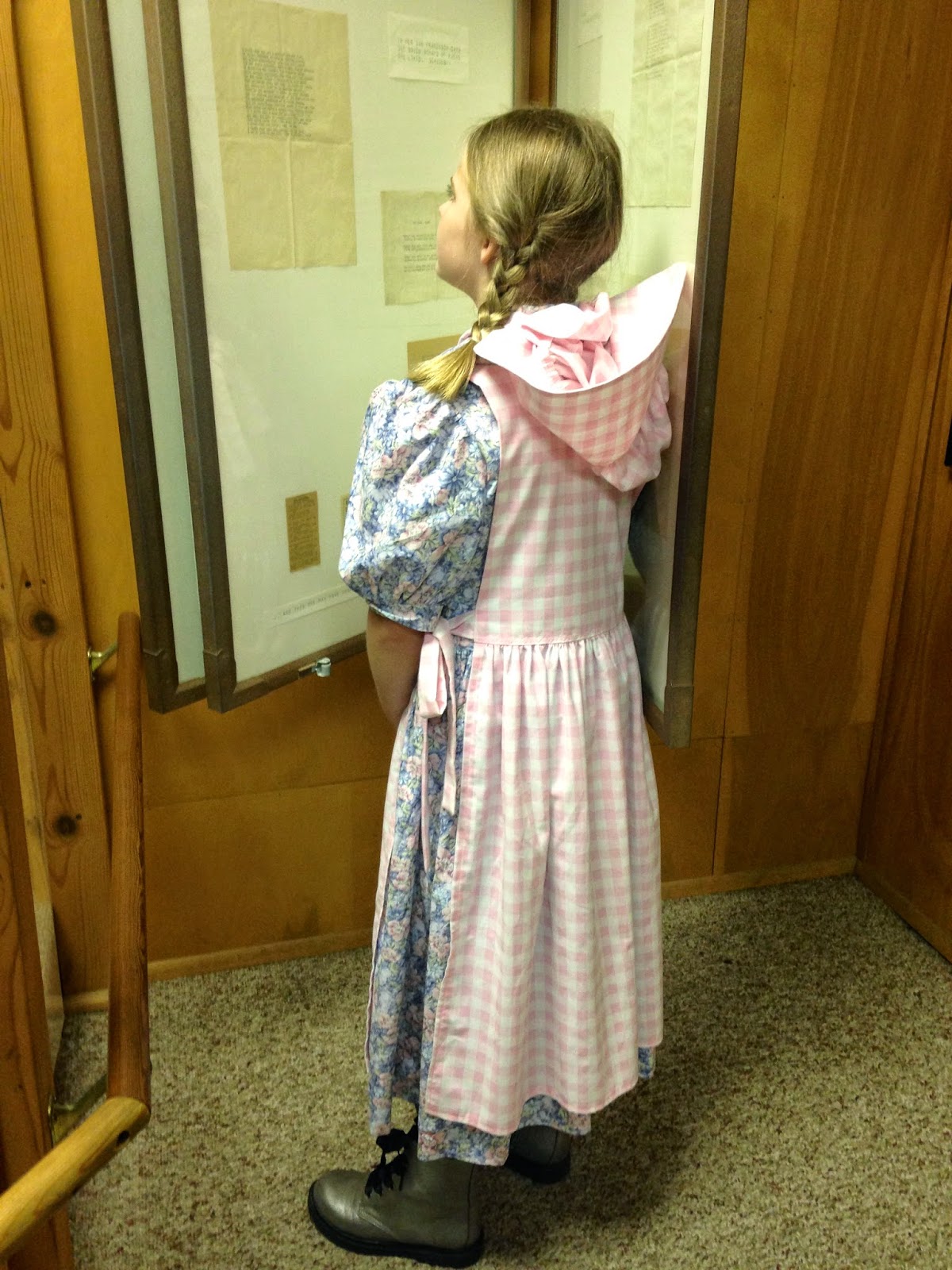 The home that Almanzo and Laura shared in Mansfield was adorable. I wish that we were allowed to take pictures inside it, but we were not. I would move into that house in a heartbeat! We even got to see the actual desk where Laura wrote the books. Even some of her pencils were sitting on the desk. 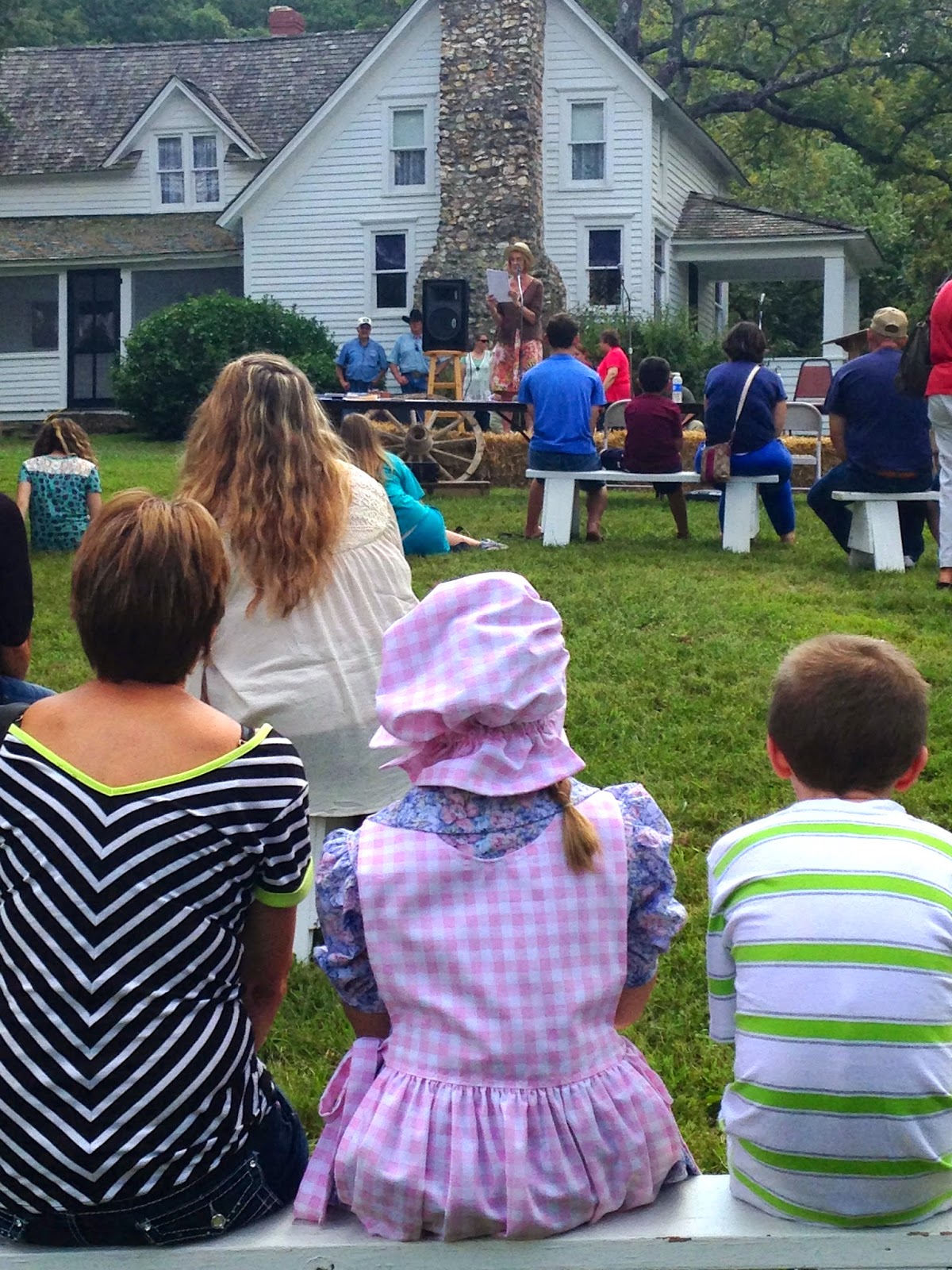 We met our friends from Oklahoma there because they are also using Prairie Primer this year. It was great to the spend the day with them! 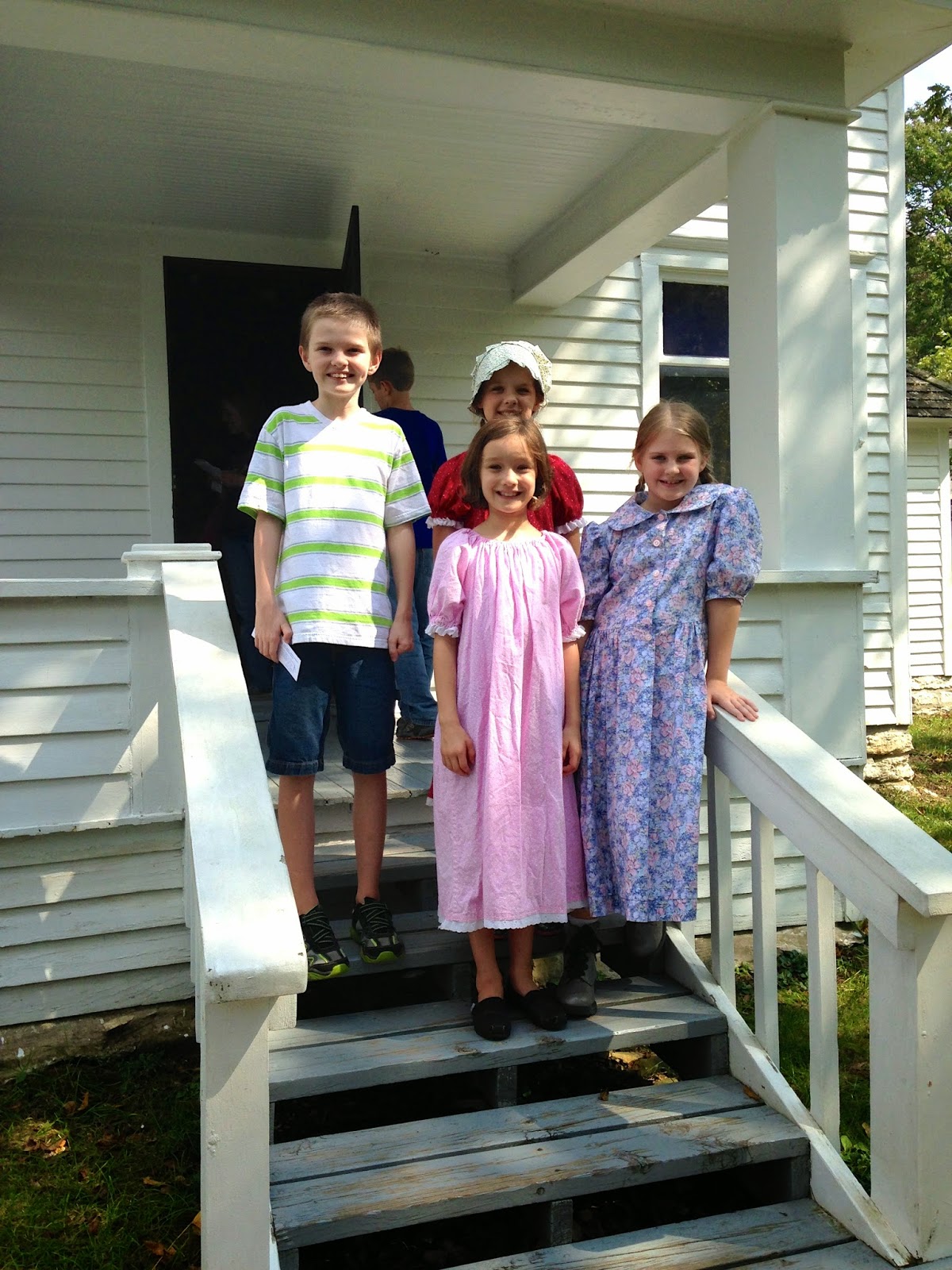 The girls made yarn dolls. 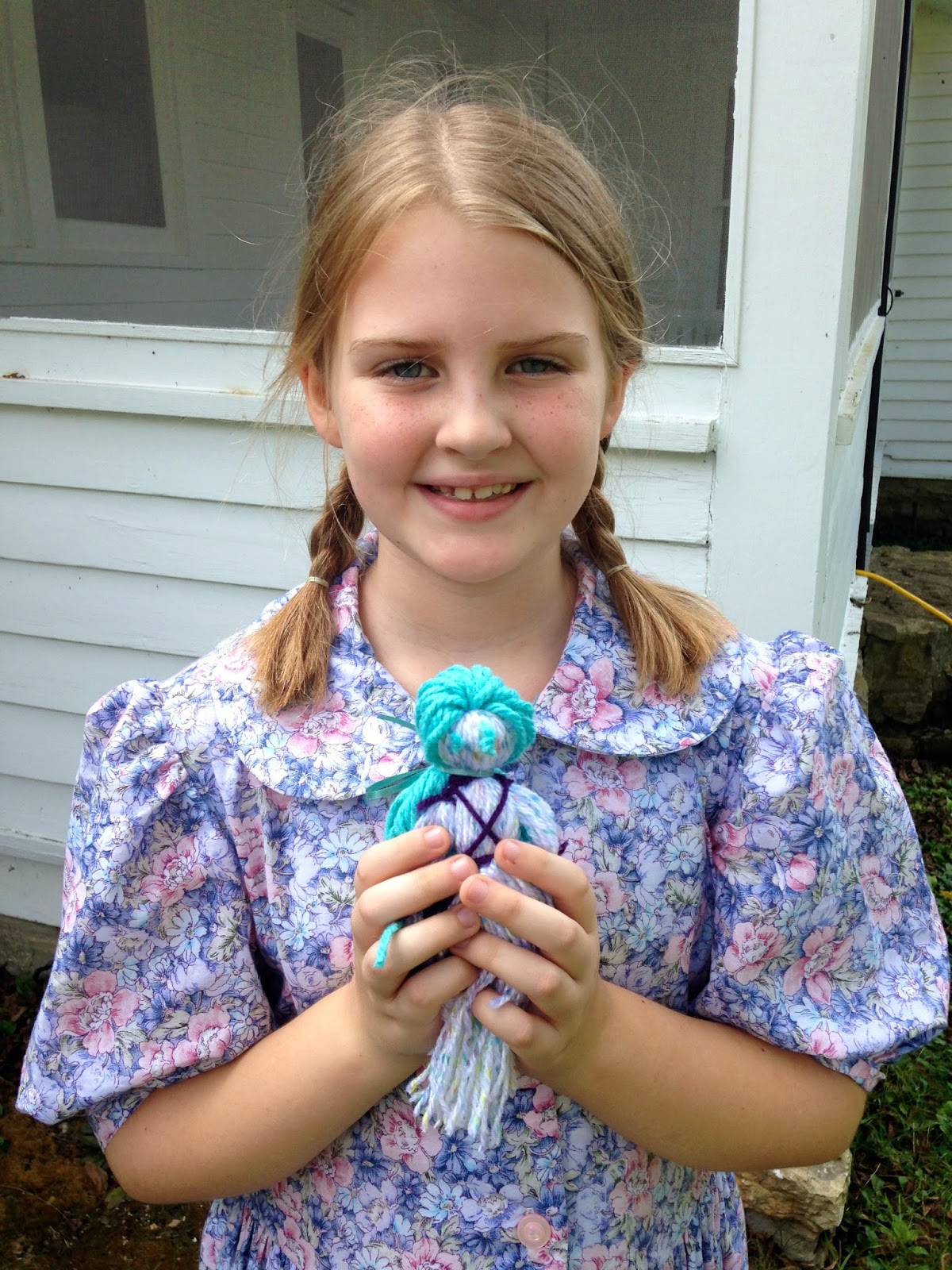 We had the pleasure of meeting Lucy Lee Flippin who was the actress who played Eliza Jane Wilder, Almanzo's sister, in the Little House television series. She did an oral reading of a selection from a journal written by the real Eliza Jane. 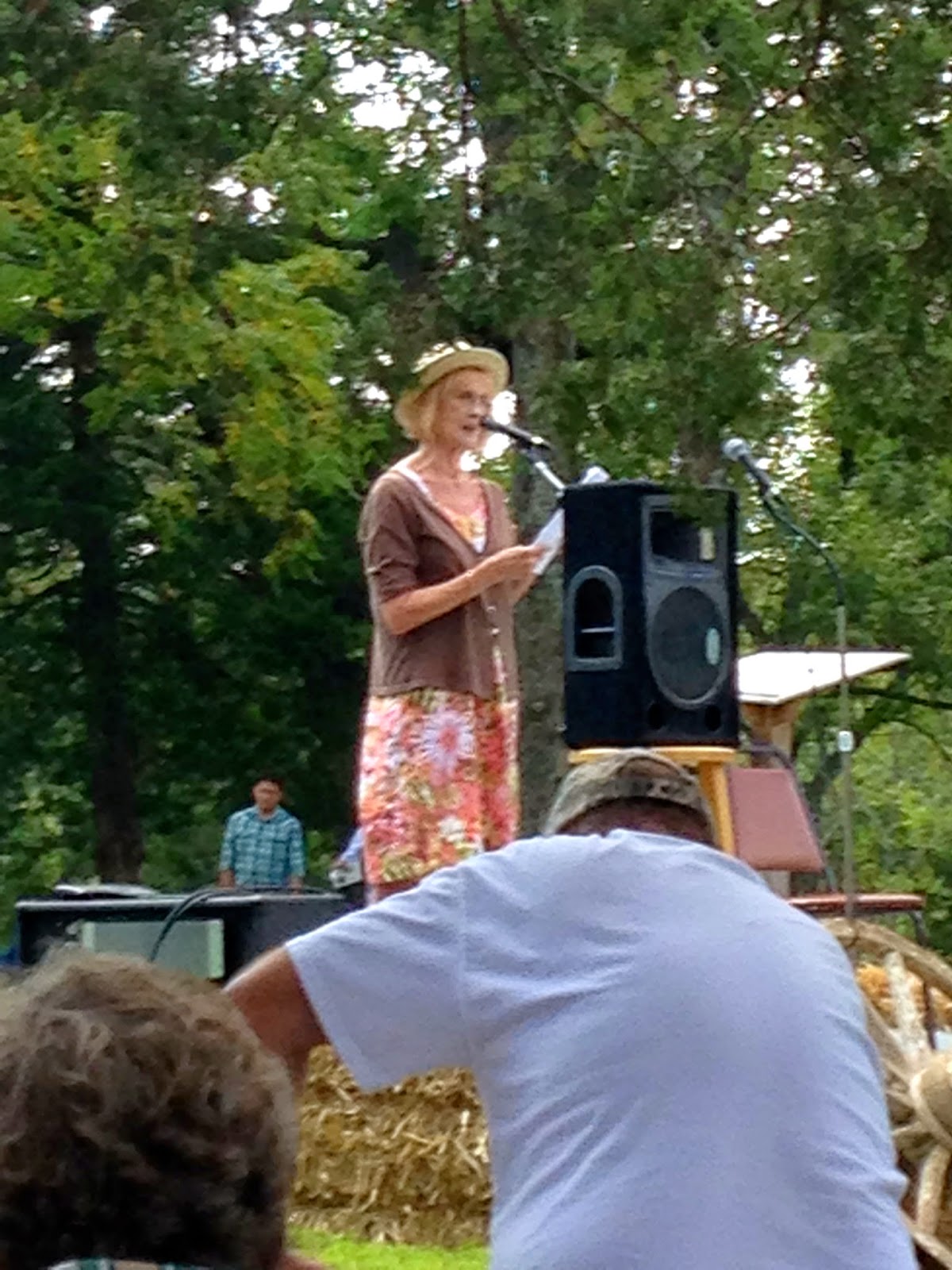 We attended the parade in town. (It wasn't too exciting.) 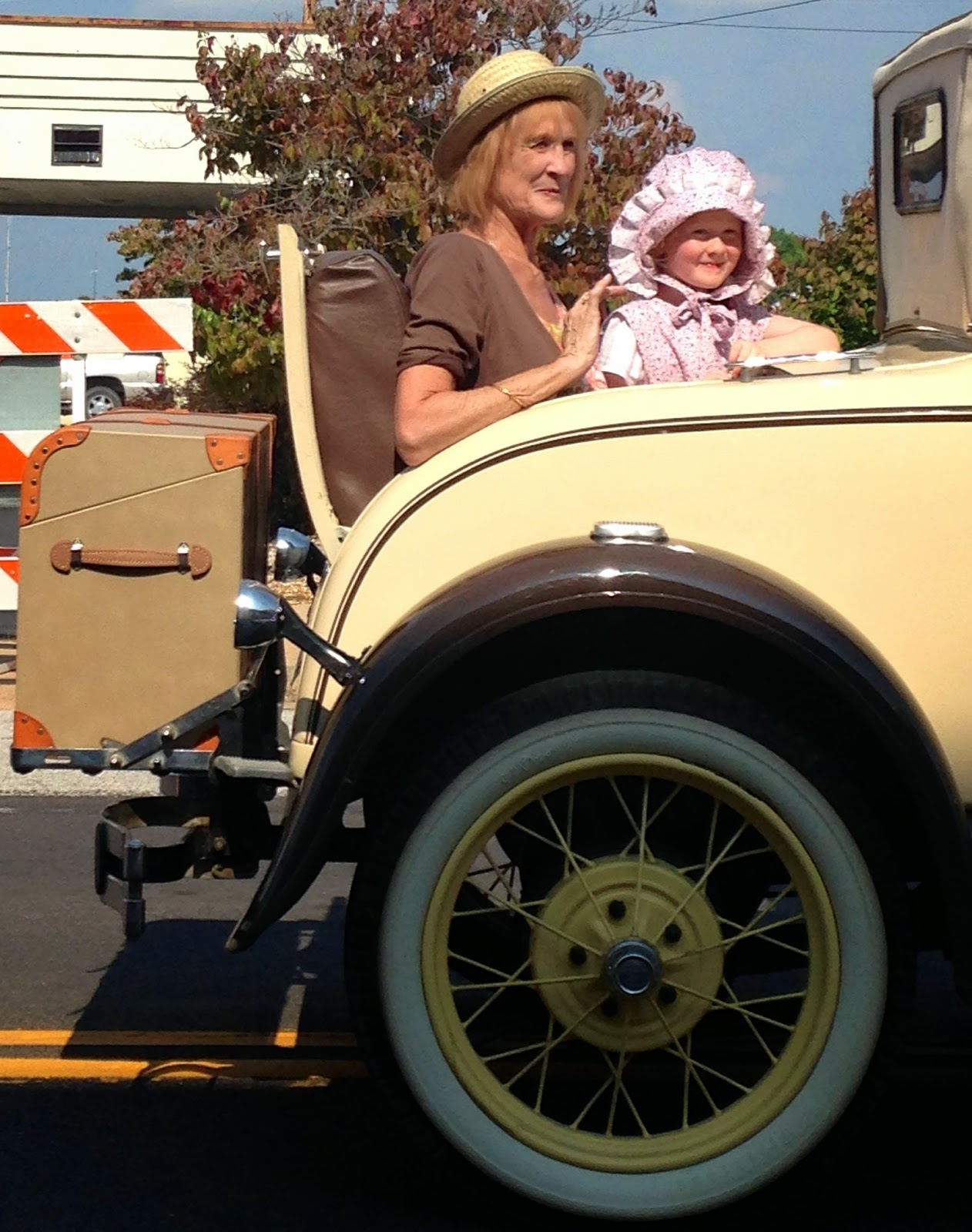 We went back out to the museum to go through the gift shop (Brynne got some paper dolls and Eli got a coon skinned hat.) Then we went and toured the modern rock home that Rose built for her parents. It was okay but not as neat as the clapboard house. Almanzo and Laura didn't think so, either, because they moved back into their original home immediately after Rose moved away. 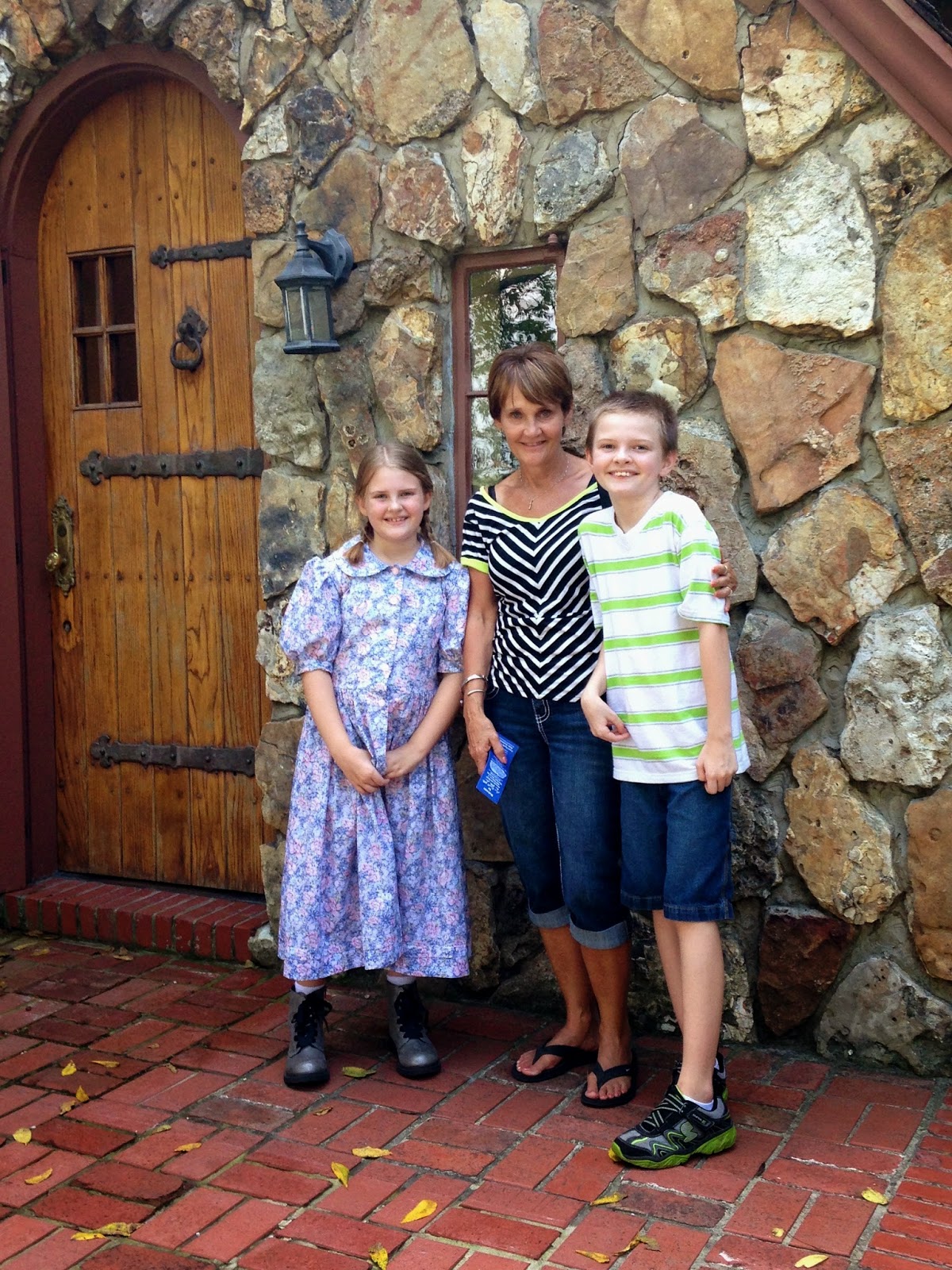 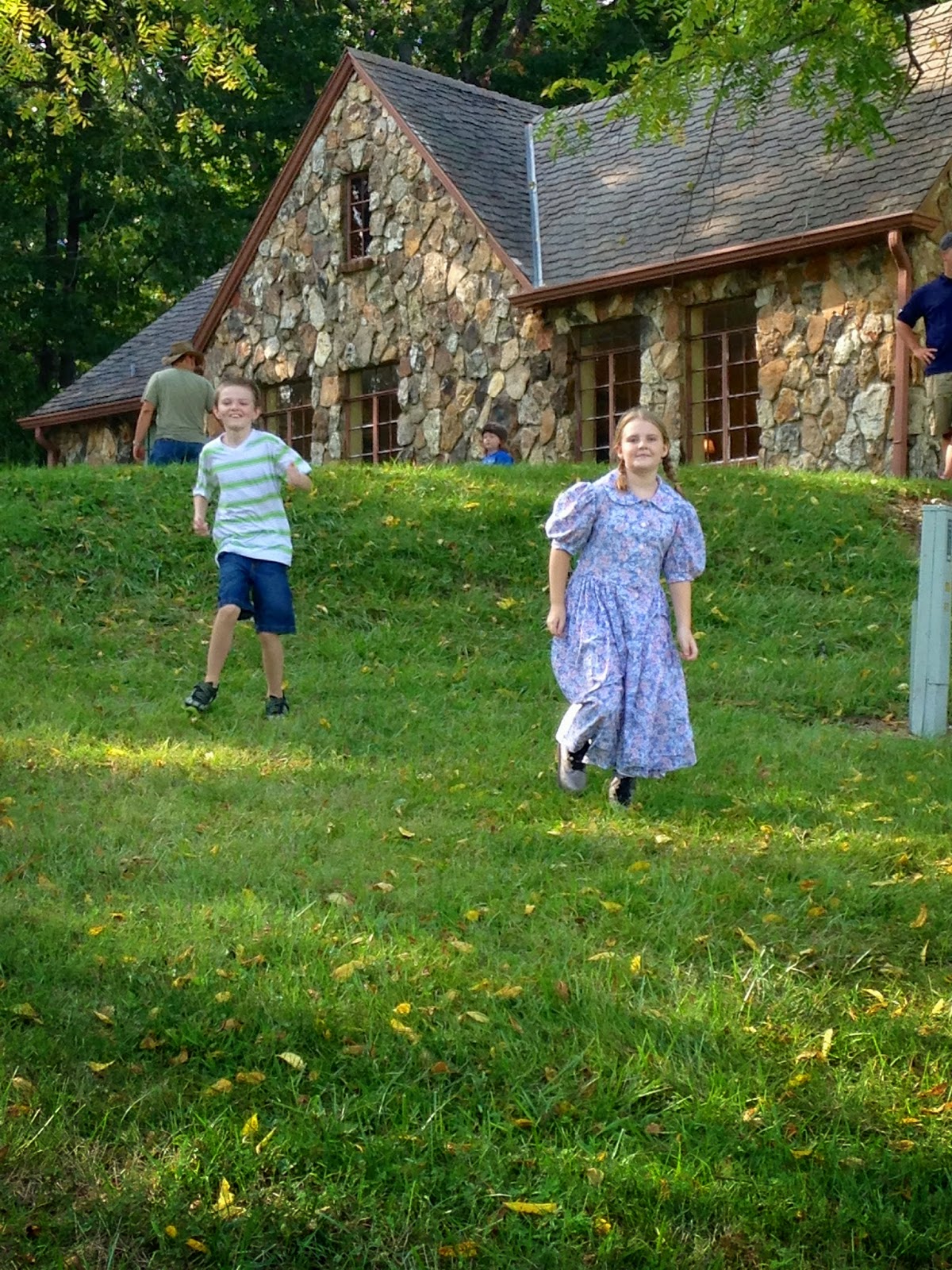 Before we left town we stopped by the cemetery in Mansfield where Almanzo, Laura, and Rose are all buried. That was a surreal moment. Brynne couldn't believe that there wasn't a more elaborate burial site for someone so famous. I explained to her that I don't believe Laura thought she was famous. She was just an ordinary woman sharing her life's stories. She was an amazing woman and one we are falling in love with more and more each day. 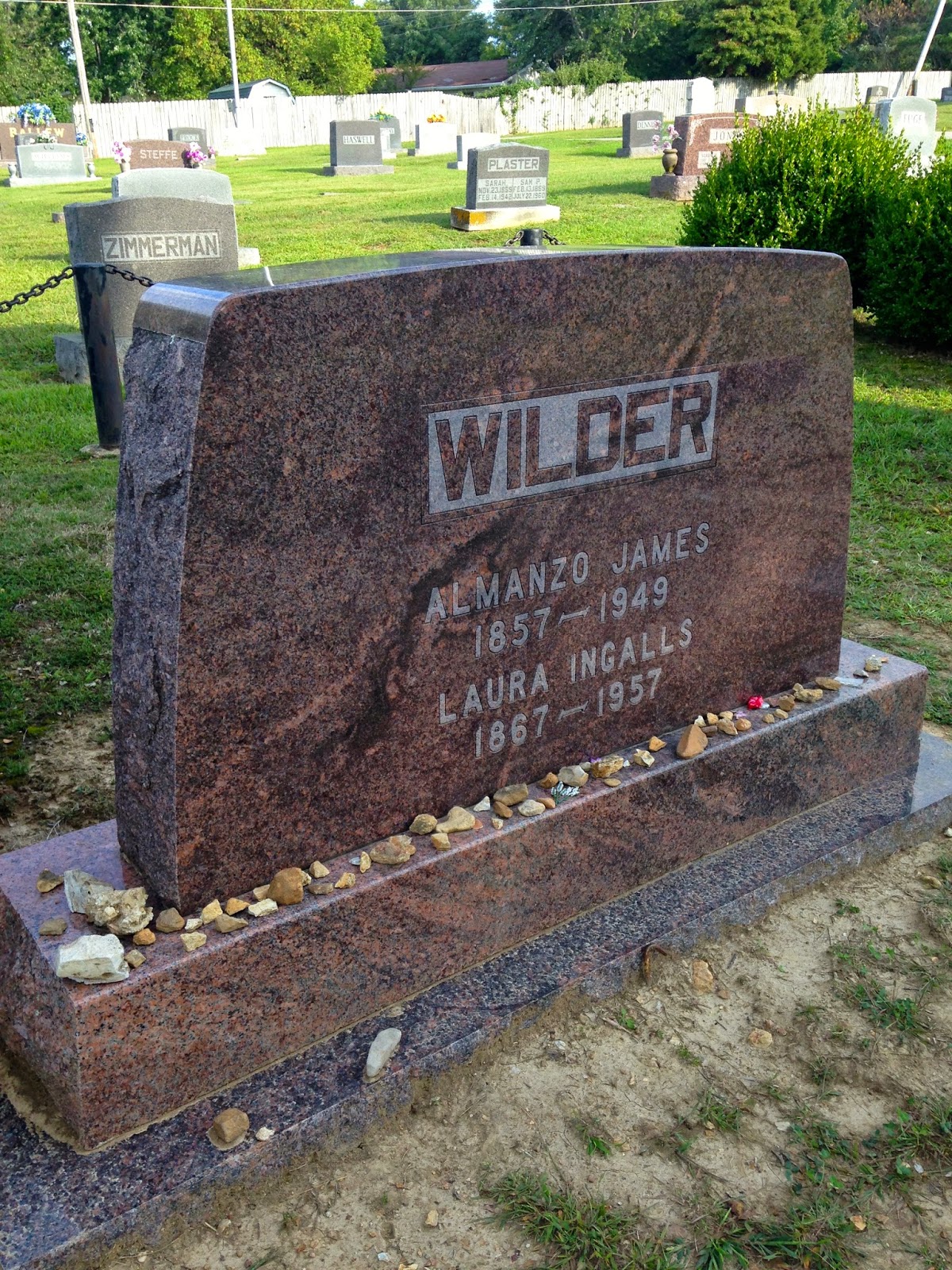 This was an incredible field trip and I highly recommend it if you are ever in Missouri. We are blessed to be so close to the heritage of Laura Ingalls Wilder. 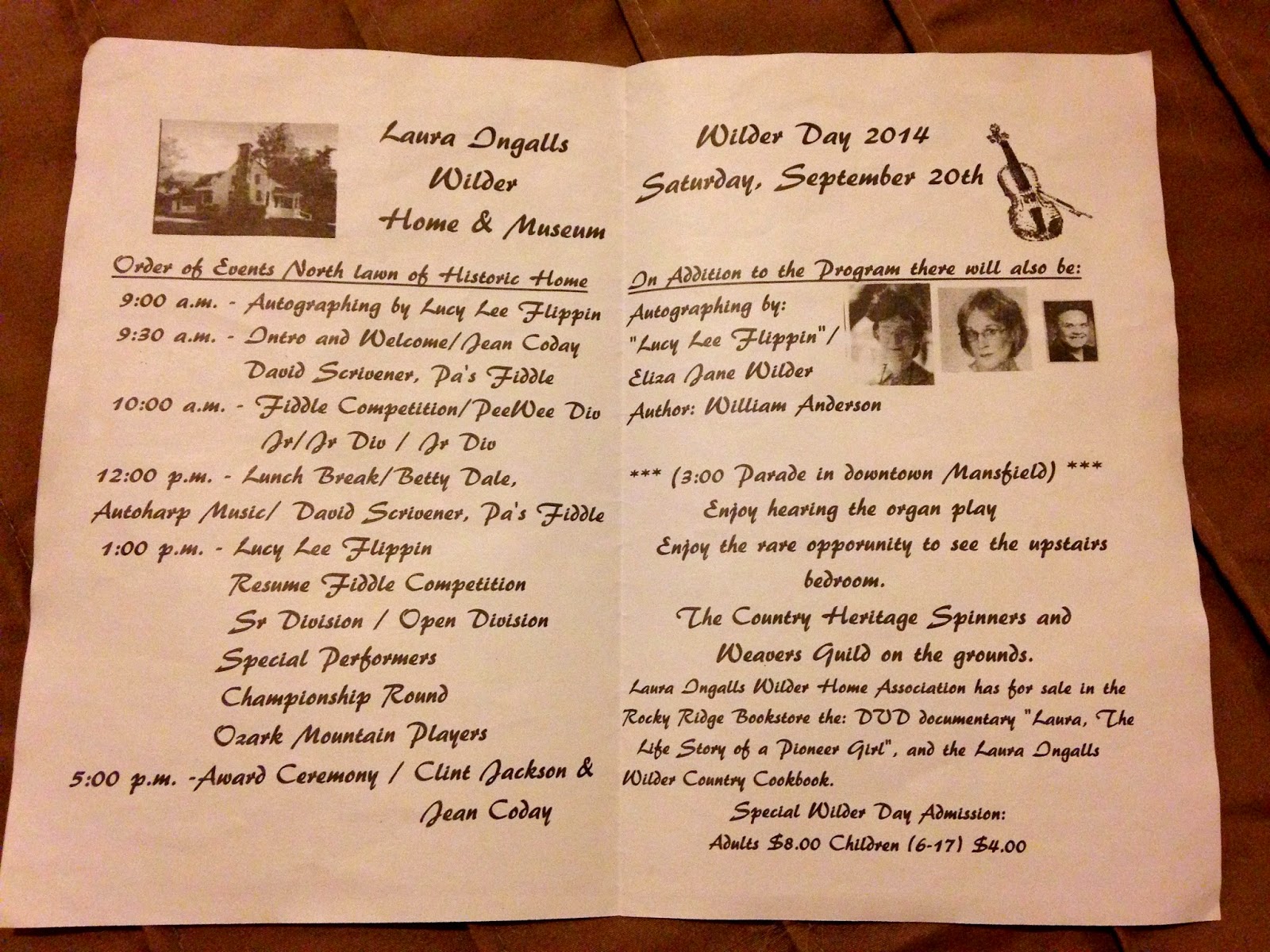