What a much-needed and glorious long Christmas break we had this year! We ended school for first semester on December 18th and resumed school this past Monday. We thoroughly enjoyed our holidays and spending time together as a family.

But all good things must come to an end, and these kids need to receive an education.


Last weekend I had to make an emergency trip to Oklahoma to be with Rick and his family while his mom was in a critical situation with newly detected brain tumors. I wasn't able to get our weekly plans done to get us ready for Monday, so we spent the day learning about and celebrating Martin Luther King, Jr. And, I am so glad we did. The kids and I both really got a lot out of our lessons. We watched the Reading Rainbow episode of the reading of The Martin Luther King, Jr., Story by David A. Adler. Then we watched some of the "I Have a Dream" speech on Youtube. We ended our day by watching the movie "Selma" on Amazon Prime. That movie was excellent and really touched us! 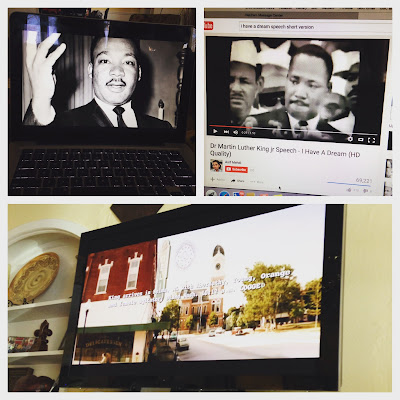 We discussed how we had driven past the exit to Selma when we were driving from Pensacola to Atlanta last fall to go tour CNN. The kids want to make a trip back that way to walk across the bridge and see some of the historical sites.


We started two new read alouds this week: Prince Caspian from The Chronicles of Narnia series by C.S. Lewis and The Far Side of the Mountain by Jean Craighead George. I was planning to have us start The Diary of Anne Frank, but we finished the very last of My Side of the Mountain and the kids begged to read the next book in that series, instead. We'll pick up Anne Frank when we are done with it. 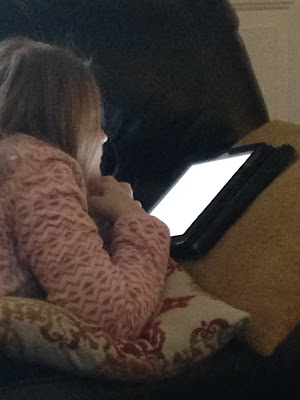 Brynne continued to read over the break and is now on book 3 of the second Warriors series by Erin Hunter. She is currently reading Warriors: Dawn. Eli is finishing up Diary of a Wimpy Kid: Old School and then will be moving onto the next How to Train your Dragon book in the series. He is on the 6th book. 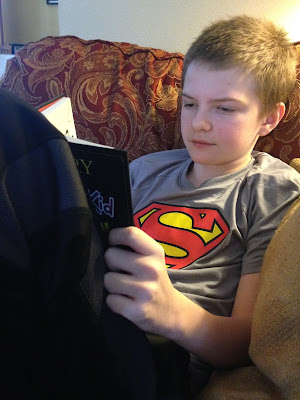 
We finished Chapter 2 in World War II for Kids and learned about the battles in Tunisia and Egypt, the American involvement in that campaign and preparations in England. We discussed army medics and nurses, learned about the bazooka, and camouflage. We watched some Youtube videos (including a reenactment of a WWII battle using bazookas and showing medics in the field) and discussed our plans for a camouflage activity we want to do next week (hoping for a little better weather since we will be outside.)


The rest of our time was spent on review. We school year round and just a month off reminds me why. Our math and grammar brains, in particular, had to be massaged a bit before we could move onto the next topics. (We even massaged our brains with some real life math by modifying a muffin recipe and then having a math snack.) 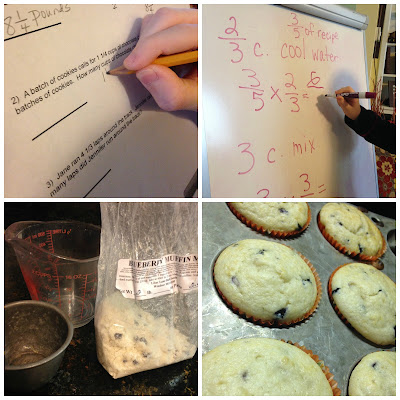 We reviewed multiplication and division of fractions in math and started learning about subjects as nouns in grammar. The kids completed a new lesson in spelling, read and did copywork out of McGuffey's, and watched CNN Student News each day. 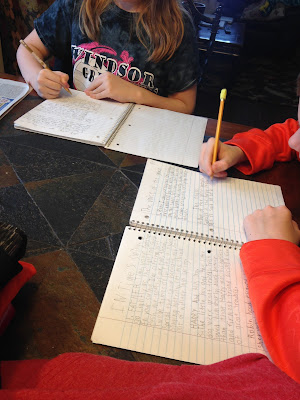 Our Prince Caspian books gave us a chance to review the water cycle and landforms.

The kids watched a Study James video on the water cycle and took a quiz. Then we made rain in a jar. 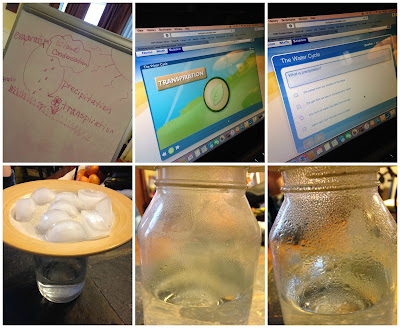 To review landforms they did a worksheet from Scholastic and then made edible landforms. Brynne said it was a delicious activity. 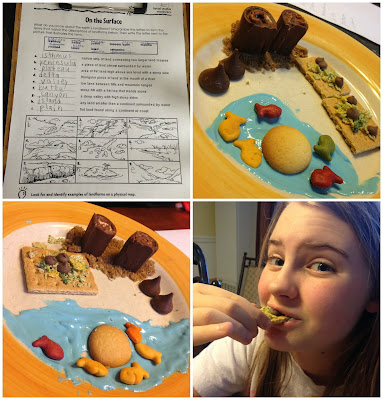 
Brynne is in the full swing of her basketball schedule now. She had practice two nights this week and a game this morning. Eli and Brynne both bowled today, as well. It is time to start getting prepared for state tournament. 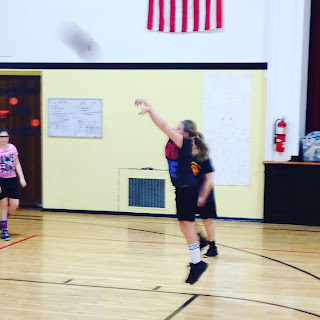 It was, overall, a very productive week with good attitudes. It's been so cold that we have been happy just to stay snuggled up in the house. Even schoolwork is more desirable than braving the frigid temps. 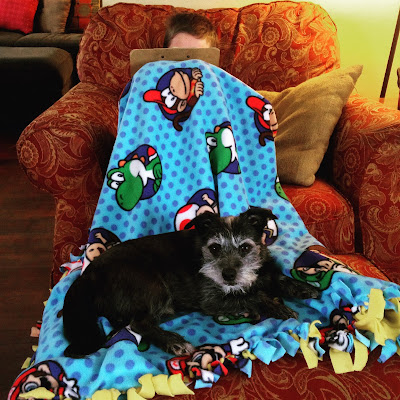 We are going to be schooling hard for the next two months. Our next break is scheduled for the first couple of weeks of April when we will be taking our best friends from Oklahoma to Florida with us. We are on track to complete school by the end of April for our May break before we begin summer school in June.

We are linking up with Kris at Weird, Unsocialized Homeschoolers and Mary at Homegrown Learners.