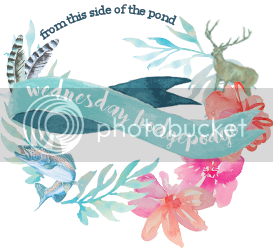 What is one area of your life where you're a perfectionist? Is that a good thing?

This is kind of a hard one! I would say that I don't think I am a perfectionist, but I have a feeling my family would object and start hurling examples. I know that I like my day to go a certain way and when it doesn't I get my feathers ruffled. One thing I do obsess about all day every day, though, is my couch pillows. I want them on the couch properly so I reposition them several times a day (and sometimes pick them up off the floor. Really, people?).

What's something you find perfectly ridiculous?

Oh so much. Mostly it's people and their need to have a cause when it eventually becomes clear that they don't even really know what they are standing up for except just to be making a point (and an ass of themselves, ahem!). i.e. Colin Kaepernick and his National Anthem fiasco, and I could name oh. so. many. others. Enjoy the UK, Miley Cyrus!

Running. Running was something I kind of started out of necessity ... I either jogged with Crusoe or he drug me around the block. Getting to where I could run a mile without stopping was one of my defining moments (in fact I was just a few feet from the end of it when said Crusoe decided he needed to stop and take a poop, so I drug him to the end). I kept at it, and I remember the exact day that I realized that I wasn't winded after running a mile and just kept going. I have run some 5Ks and a 4-mile run. I would say that I am far from perfect at running ... I am slow and not always motivated. But I have hit a really good groove where I run 2-3 miles about 4 days a week, and it feels good, and I actually enjoy it. I am finding new ways of extending my endurance, increasing my pace, and taking care of my body.

What's your idea of a perfect breakfast?

One that I don't have to cook. Ha! If I could choose I would go to a brunch buffet at a nice restaurant. My plate would include an egg casserole, biscuits and gravy, sausage, some fruit, and a cheese danish. And lots of coffee!

What's a trip, holiday, vacation, or day outing you've taken that you'd rate a perfect 10? Tell us why.

I have been on many perfect 10 excursions. So to choose one is extremely difficult! I would have to say the day that Kyndal and Collin got married in Cozumel in 2015 ranks up there with a perfect day/trip/holiday/vacation. The event was flawlessly orchestrated by the coordinator from the moment we stepped off the ship to the ceremony to the cake to the seaside champagne toast to the post-wedding beach day. Everything about it was perfection. 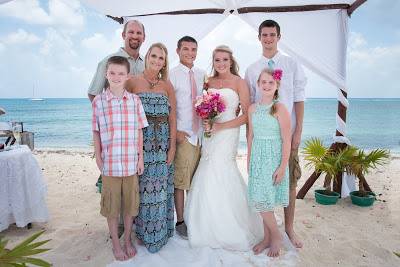 What quote or saying perfectly sums up your life right now? If you can't do perfect, how about one that comes close? 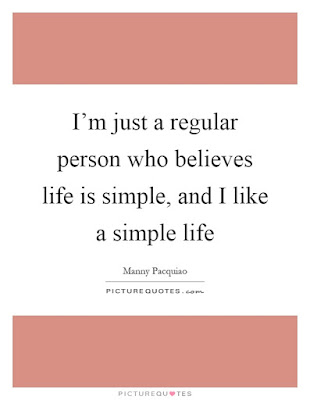 If I had to spend it today I'd go to the Amish greenhouse and buy all of my flowers for the spring. However, it's a little early to buy flowers (we are supposed to have snow on Saturday). If I could hold onto the money for a month or so, I would use it to buy future farmhouse stuff at Junkapalooza where I am going at the end of April.

Insert your own random thought here.

Being a mother of adult kids is agonizing. I worry so much more than I ever did when they were little kids. I have one who is trying to sell her house and buy a newer, bigger one that will increase their expenses, so I worry. I have one who is trying to find a job and figure out his future, so I worry. Both of them are good kids, smart, strong, but I still worry. I know they don't understand, and won't until they are parents of their own adult kids. I know they think all I do is harp on them and point out the negatives and feel like I don't support them. But, really, I am their biggest supporter. I am just a mama who is scared to death that her children will be hurt by life. Hug your littles, everybody. One day too soon they will be adults.