By Nicole November 12, 2010
We really have just gotten so busy, it seems, during the week that I feel like I am giving Dawson an hour or so of my time and then going over what he is to do on his own only to leave him for the day. Then Brynne and I have lots of activities to attend to, like: library, coop, grocery shopping. And this week we added additional errands, a physical therapy appointment for my older daughter, picking daddy up from the airport and going to my younger son's Veteran's Day program. I enjoyed all of the learning that went on at these various events, but I felt like Dawson was left behind and on his own more than I would like. Part of what I enjoy about homeschooling is the time I get to spend with my kids. So, not spending time with him really bugs me. Wish that was going to get better in the next few weeks, but with the holidays it's not likely.

Here's what we did:


Brynne~ 1st Grade
Math can be done anywhere at anytime. I walked by Brynne on Monday and she had our Wii games and pamphlets placed in a pyramid on our coffee table. She said, "4+3+2+1=10". Then she took away some and did some subtraction problems. She also did math number sentences from word problems on the white board ("fun" was the word she used). 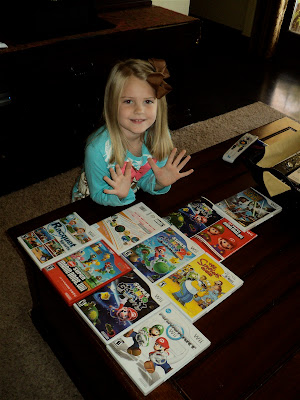 Our Letter-of-the-Week lessons have fallen by the wayside over the past few weeks. This doesn't concern me too much since Brynne more than knows her letters, but since I like order and consistency it lingers in the back of my mind. I feel like we should catch up on our collage letters and letter spiral, at least. We are still consistently doing her tracers and mini-book and reading LOTS of books focusing on the letter-of-the week. Some of them she reads and some I do.

After reading An Early American Christmas by Tomie dePaola, I have been inspired to focus on Colonial America for Christmas this year. Instead of moving on to the next American Girl doll at the beginning of December, we will stick with Felicity until January 1st. We will be doing lots of colonial activities and are even going to celebrate in a colonial way as a family. I am posting about that at Taulman Times, my primary blog, and will have links to it later.

Speaking of Felicity, we are still reading Meet Felicity and Felicity's World. We enjoyed reading about the games colonial children played, so are going to make Game of Graces and Cup and Ball. We will also be playing lots of hopscotch (or Scotch Hopping) as they called it.

This week we also read, a couple of times, D is for Drums: A Colonial Williamsburg ABC Book by Kay Chorao. Brynne would say the letter and I would read the words. She said, "J" and I said, "is for Justice, Jugglers and Jack-in-the-box." She said, "And Justin Bieber." I just thought that was a funny story.

Of course we had library story time this week and afterward the kids painted with pinecones, pine needles and leaves. As usual, she really enjoyed this! Going to the library is one of her favorite things to do! 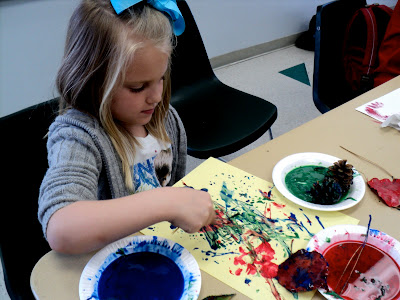 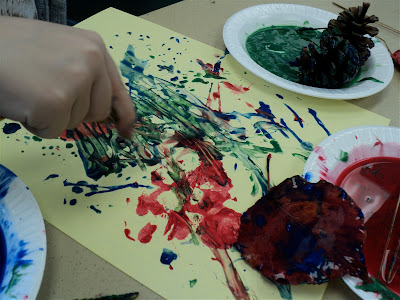 We attended Eli's Veteran's Day program at school. It was so great! So to celebrate I prepared her a little Veteran's Day mini-unit. You can read about that here.

Today we had Coop. She. loves. Coop. This week was P.E. and Music. Very fun! She has made some new friends, and so have I. I am so glad we decided to join. It's the highlight of her week every week!

So, what was Dawson doing while we were out and about?


Dawson ~ 8th Grade
Dawson is continuing with his Ancient Greece unit in A World of Adventure. I have personally found the myths we have read to be fascinating, especially when it comes to the English words we have as a result of them. The focus of our reading has been on the stealing of Helen and The Trojan War and the return travels of Ulysses (Odysseus) in Classic Myths to Read Aloud by William F. Russell.
We watched Clash of the Gods: Medusa by The History Channel. Again, it was excellent! This week Dawson read Going to War in Ancient Greece by Adrian Gilbert and Ancient Greece: An Interactive History Adventure by William Caper (a You Choose book with 2 story paths, 66 choices and 23 endings). For his personal reading time he is reading The Last Olympian by Rick Riordan, from the Percy Jackson series.
For Fine Arts Dawson did a super hard paper Parthenon project. It started out pretty good! But somewhere along the way things went awry. I helped him with the precision cutting, so I certainly can't say it was all his doing. We prefer to say that it is a replica of the Parthenon as it looks today. You can go here for the downloads and instructions. 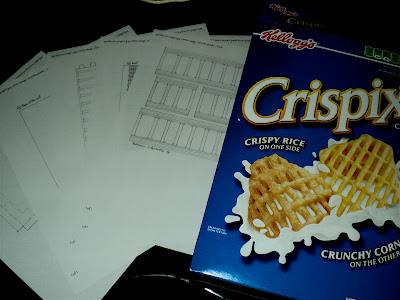 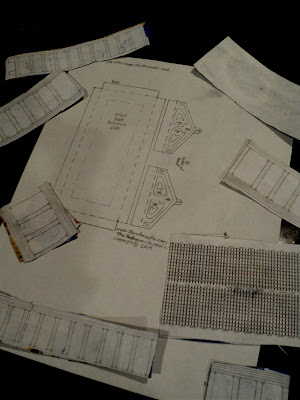 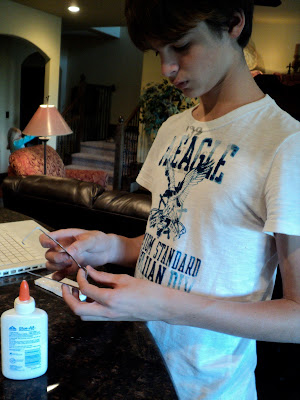 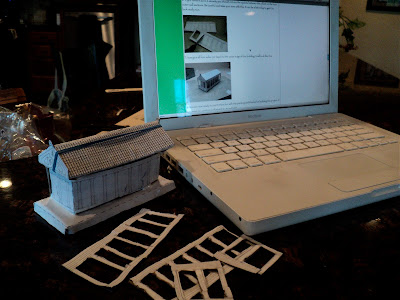 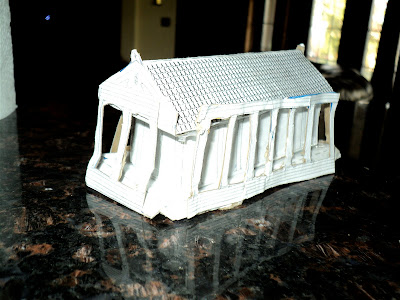 One of the coolest things we did this week was to add all of our Greek events to our living timeline. It is still so cool to see how biblical, Egyptian and Greek events line up together on the timeline. Very cool!
In science Dawson has been concentrating on First Aid, Exercise and Healthy Eating. First he completed a First Aid project where I gave him a scenario where he has come upon an auto accident and he must provide First Aid to five different accident victims based on their symptoms. He did a really good job on this. The second part of his science lessons was on The Olympics. He researched recommended diets for athletes and prepared a 3-day meal plan. Then today he started working on a concept for a new Olympic event. He chose to present The Hole in the Wall, a game show currently on Nickelodeon, as his concept. Really the idea behind this is for him to prepare and present persuasive arguments to the Olympic committee as to why the event should be included.
And, as usual, he worked on his Life of Fred: Fractions assignments, typing and Spanish.
Overall he had a very productive week. I just wish I could have spent more time with him.
We are linking up to Weekly Wrap-Up at Weird, Unsocialized Homeschoolers.