By Nicole March 25, 2011
We had a great week this week! I think we have finally hit our stride. Pretty good considering we are three quarters of the way through our school year, huh?

We have tweaked and changed and come up with a schedule that works pretty good. I think we are all happy with it!

Our schedule is working great for us. And it's not at all how I set out to do school when we started this journey. It's amazing how much I have changed in this process so far.


Dawson ~ 8th Grade
Things were seeming a little stale in Dawson's studies of The Middle Ages, so I made sure he had some other activities to do this week.

He drew a Cartoon castle. 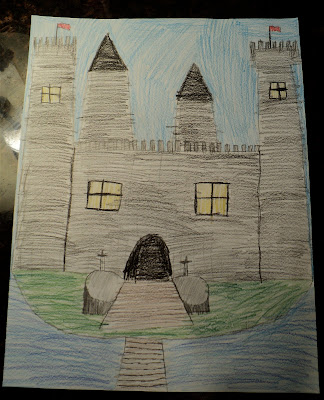 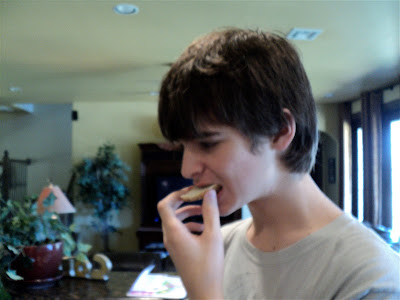 We studied the Black Plague, and I wanted to demonstrate it to him. I found a simulated game, but tweaked it a bit. I drew a map including five cities our character traveled in Adam of the Road. I then took 50 lima beans and put them in a lunch sack. On 15 of them there were red dots signifying the Black Plague. (Most reports stated that 1/3 of all persons contracted and died from the Black Plague during the pandemic.) Dawson rolled one dice to tell him how many days he was staying in the first city. He drew out that many lima beans. If none of them had a red dot, he didn't contract the disease and rolled the dice to see how many days he was to stay in the next city. And then he rolled the dice again, drew that number of beans, and so on. The goal was to see if he could make it to the end of his travel without contracting the disease. He and I took turns playing and usually died around the second or third city. He kept playing until he successfully travelled the whole distance while staying healthy. He loved the game! 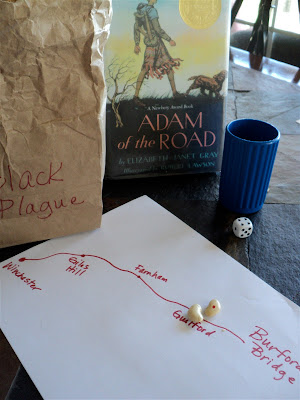 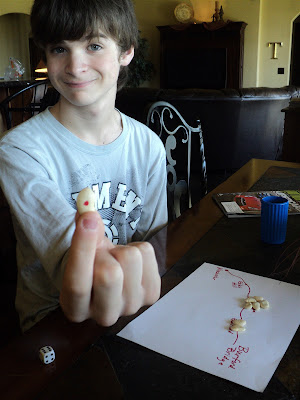 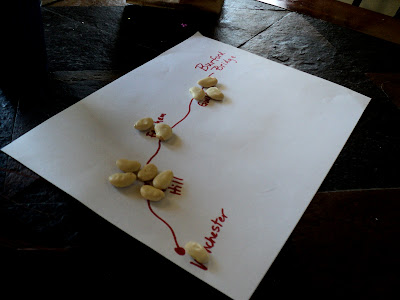 Since we were also learning about the Battle of Hastings, The Crusades, The Hundred Years War and The War of the Roses we watched Medieval Fight Book from the National Geographic Channel.

He also started his Life of Fred: Pre-Algebra with Biology, is working steadily on his Spanish and typing lessons (where I am seeing great improvement) and started a new spelling list this week.

Dawson and I also had a discussion about how he would like to learn, now that we have spent so much time following our A World of Adventure curriculum. There will be a post about that soon.

This week was all about Spring!

Although I am not a fan of lapbooks (too much busy work, and cutting and trying to arrange things just right, etc.), I love notebooking! Brynne learned about butterflies this week and we took everything she did and made it in a notebook. We just use a manila folder as the cover and use yarn to bind it. She loves her notebooks because then she has something to show her daddy and her siblings about what she has done. She shows them with pride. And she likes to look back at them. 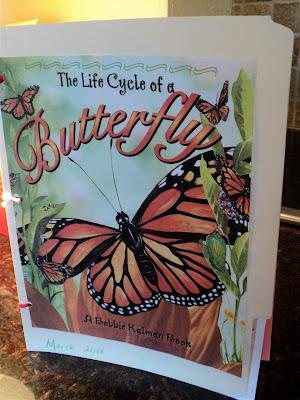 She did copywork on 2 Corinthians 5:17, and made a visual of a butterfly coming out of a chrysalis with the scripture printed on the butterfly. She made a coffee filter butterfly and used glitter paint to decorate a foam butterfly. 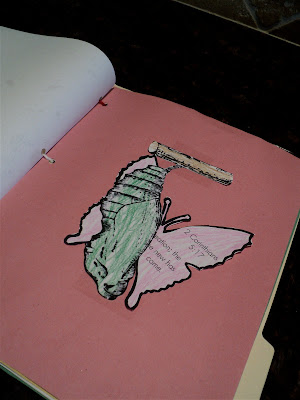 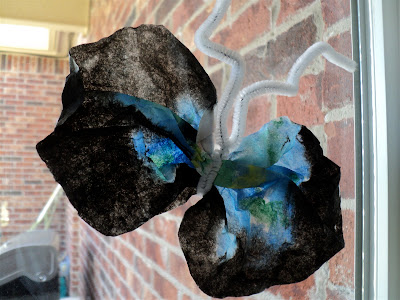 She read a book about monarchs and a book that showed the parts of a butterfly and it's life cycle, and then she completed her own diagrams and a life cycle wheel. 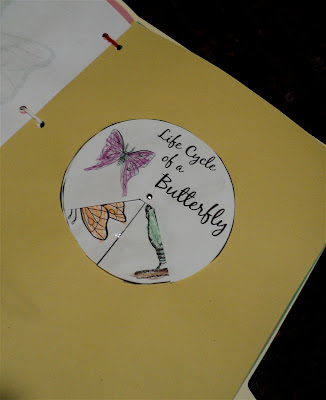 All of these things went into her notebook.

Another fun thing we did was Jelly Bean Math. I used this site, but used speckled jelly beans instead of designated Jelly Belly's. With the jelly beans she did grouping, estimation, sorting, greater than and less than, counting by 10's, 5' and 2's, and patterns. She looked so forward to doing this every day!! 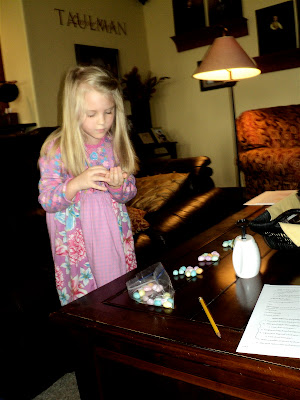 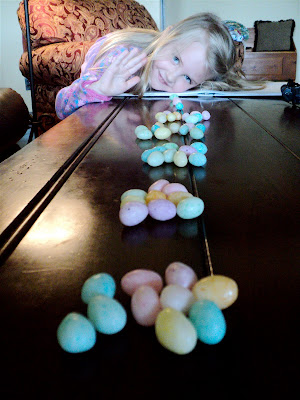 This was also "R" week, so she did her tracer page and mini book, her word search and read three letter "R" books independently.

Today we went to gymnastics day for Coop. She loves doing this!!

Next week we start a three-week unit on Easter. I am really looking forward to this unit!

Head over to Weird, Unsocialized Homeschoolers to see what other families are doing.