By Nicole May 21, 2012
We have been reading Charlotte's Web, and doing a study on spiders (and pigs and farms). And we got a REAL education in spiders last week!

As we were leaving the house to go to church, Dawson glanced over at our headwall at the top of our driveway and said, "Oh my gosh ... look at that Black Widow!" I told him I did not think it was a Black Widow .. surely not. What I do know is that it was a big black spider clinging to two HUGE egg sacks. Icky! It was not one of those pretty Orb spiders with a magnificent web. No, it was not Charlotte. 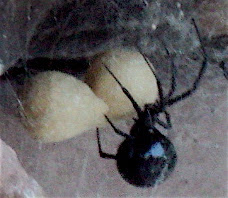 While I was getting gas in town, Dawson looked up the Black Widow on his iPhone. Sure enough, it looked to be a Black Widow. 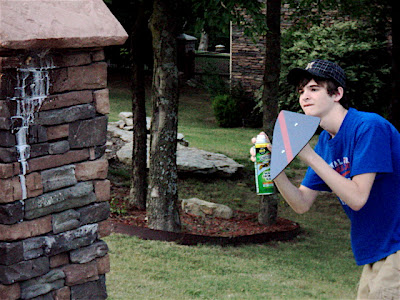 He sprayed it with the wasp spray, to stun it. Once it was properly stunned, he knocked it to the ground with the stick and then squished it. Ooze came out, that he thought was venom. 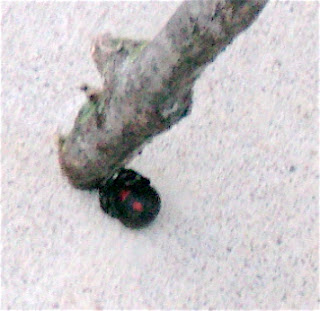 Then he knocked down the egg sacks and squished them. They were empty. And Daddy Black Widow was attached to one of the sacks, wound up in the web. He had done his part and she was done with him.

After all was properly squished and disposed of, Dawson went back inside to do some further research. He learned that the clear liquid was actually semen and the white stringy substance was her webbing. It appears that she had just, *ahem*, spent some time with the male, killed him, wrapped him up, and was in the process of fertilizing the eggs. 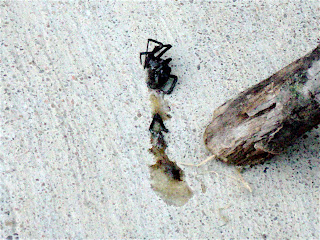